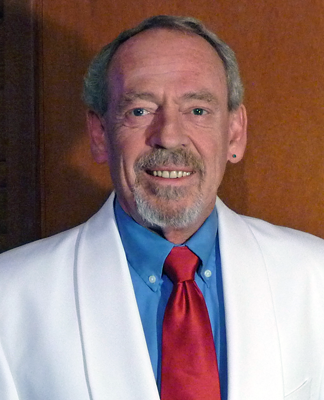 Jim Davis started as the OPMC Director in April 2012.

Jim started singing Barbershop in Jr. High School, but took it up in earnest in 1995 with the Carson City, NV chapter.  Within 6 months with that chapter, he started directing the chorus.

Since then he has directed the Santa Cruz chapter, which is a mixed chorus and has been Associate Director the Prescott Valley and Olympia chapters.  For two years he was the Assistant Choir Director of Tolt Congregational Church in Carnation, WA.  Jim has honed his directing skills by attending the Societies Harmony / Directors college six times and is one class short of being a “Master Director” with the Society, and that will be remedied in June of this year.  He has sung in many choruses, church choirs and quartets as Lead and plans on staying active in Barbershop for many years to come.

We are the Juan de Fuca Chapter of the Barbershop Harmony Society. The chapter borders the Strait of Juan de Fuca from the Pacific Ocean to the Hood Canal in the State of Washington.

For more information, email us at juandefucaharmony@gmail.com

For questions regarding booking a Quartet, Dungeness Transfer, or the entire Chorus, please call (360) 681-7761